Kuala Lumpur, 6th July 2019: Growing up, Yannick Bovy used to be heavily influenced by his grandparents’ taste in music, which led to his love for Nat King Cole. In March 2019, the American Jazz Legend would have turned 100 and Bovy felt it was only natural to honour the founding father of silky ballads and catchy swing with fourteen covers, including " The Soul of Nat King Cole "- written by Will Tura in his album, Yannick Bovy Celebrates 100 Years of Nat King Cole.

“I had done a few live recordings with the VRT Big Band and did some studio recordings of Nat King Cole songs and I felt like I could put together an album with a lot of variety,” he adds.

This young crooner, who is signed to Universal Music released his debut album “Better Man” in 2015 and has been making waves in the music industry ever since. In Southeast Asia, Bovy brings in the largest revenue from Indonesia, followed closely by Malaysia.

This 4th and 5th October, Bovy will be bringing Nat King Cole’s music to life in Istana Budaya, Kuala Lumpur. Malaysia is one of the stops for the Yannick Bovy Celebrates 100 Years of Nat King Cole album world tour. For two nights only, be treated to renditions of some of your favourites from all phases of Nat King Cole’s career including “Unforgettable”, “L-O-V-E”, “Let There Be Love”, “Mona Lisa” and “The Very Thought of You”.

There were many things that captivated Bovy about his childhood idol, which he will embody during his world tour. “His voice. His pronunciation. His warmth and depth. It was so easy to remember his lyrics and words, because you could understand him so well. The man’s voice really carries.”

“Fans can expect a very intimate concert with wonderful musicians I’ll be bringing along. The show has the purpose to honour Nat King Cole and his emotional songs. I hope to take everybody back to an era of romanticism for a few hours,” he adds.

According to Grace Lee, Managing Director of Milestone Production Sdn Bhd, “It’s great to see Jazz as such a prominent genre of music these days - from live jazz sessions to swing sessions. I believe that fans of all ages will come and be treated to a spectacular night with Yannick!”

*All ticket price is subject to RM4 ticketing fee

For more information on the show and ticketing details , please visit: https://www.facebook.com/MilestoneEntertainment.Show/ www.milestone-entertainment.com

Yannick started his musical quest in Belgium, his home. His debut album, 'Better Man' consists of 15 tracks. 'Better Man' can be described as a classy tribute to the Big Band, crooner and jazz traditions of yore, spiced with solid own work and surprising covers including absolute classics such as "I've Got You Under My Skin" (Sinatra), "My Cherie Amour" (Wonder) and "All My Loving" (Beatles).

Yannick Bovy’s music can be heard in all corners of the world. Songs from his first two albums ‘Better Man’ and ‘All The Way’, just like ‘Theoretical Love’, ‘She’s Even More Beautiful’ and ‘Six’ soon found success in the German, Polish, Greek, and also Brazilian, Indonesian and Thai charts. He has been a supporting act for Lionel Richie, Tony Bennett and Lady Gaga, and has taken to the stage with Lisa Stansfield and Amy MacDonald among other greats.

It was the Belgian music legend Wil Tura, who out of his great love for jazz and swing, presented Yannick with a number of songs with an international character that would form the main thread for ‘Love Swings’, his third album. His music career recorded a great success worldwide with Malaysia ranked in at the No.2 spot of most Yannick Bovy fans in South East Asia.

In April 2019 Yannick Bovy released his album “Yannick Bovy celebrates Nat King Cole” as a tribute to Nat King Cole’s unparalleled repertoire. The album already got rave reviews from fans around the Globe and the singles ‘Let there be love’ and ‘Let’s face the music and dance’ can be heard on radio’s from Europe to Canada and the Far East at the moment.

Established in 2003, Milestone Production is one of the region’s leading show production companies that provides unparalleled live entertainment experiences globally.

We aim to cultivate appreciation of the performing arts in the region by bringing in internationally acclaimed West End and Broadway productions to Malaysia and to the rest of South East Asia, namely – “Mama Mia!”, “The Mousetrap”, the multi-award winning Broadway production “Jersey Boys”, “Thriller Live”, “Saturday Night Fever”, “Potted Potter”, “Dr.Bubble With Milkshake”, “One Man Star Wars Trilogy”, “Dr.Balloon’s Science Adventure”, “Rumour Has It – Adele – Her Life And Songs” , the iconic “An Evening With The Phantom Of The Opera” and “Remembering Whitney - The Greatest Love Of All”.

For more information on our past and upcoming shows, please log on to 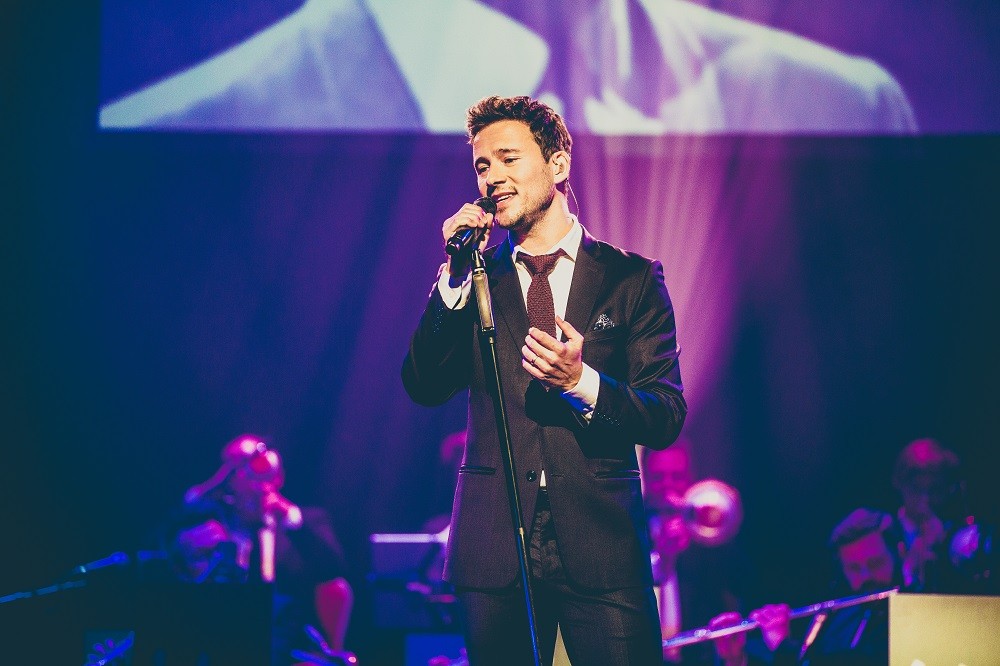 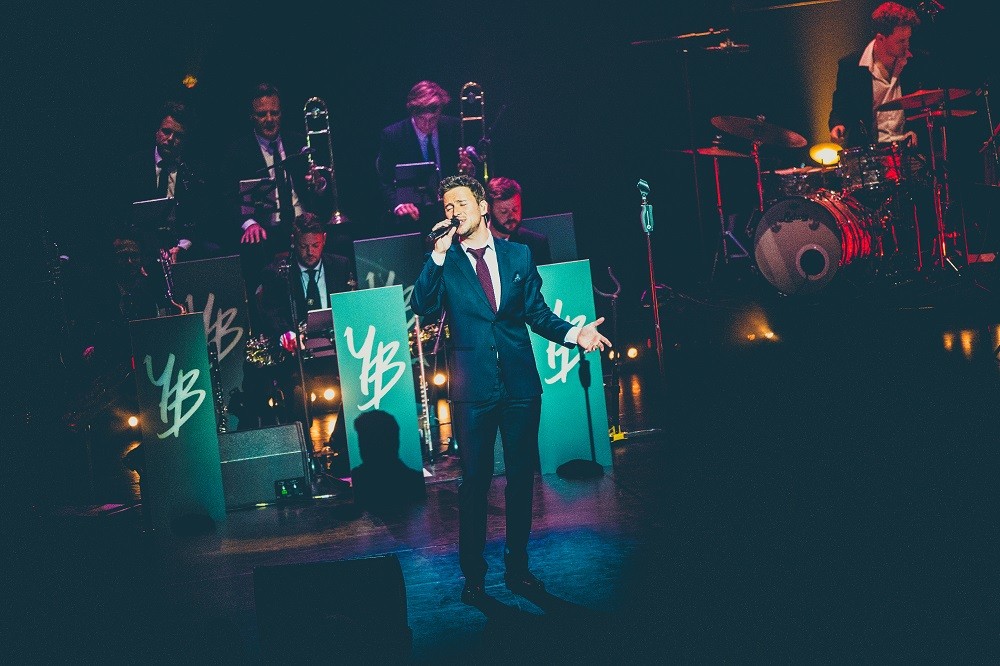 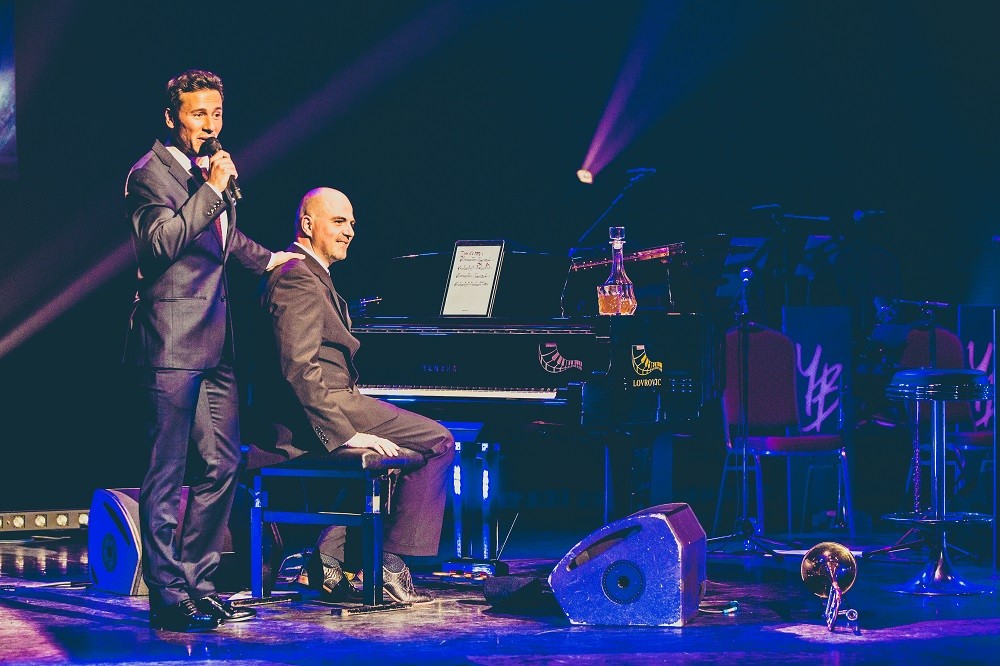 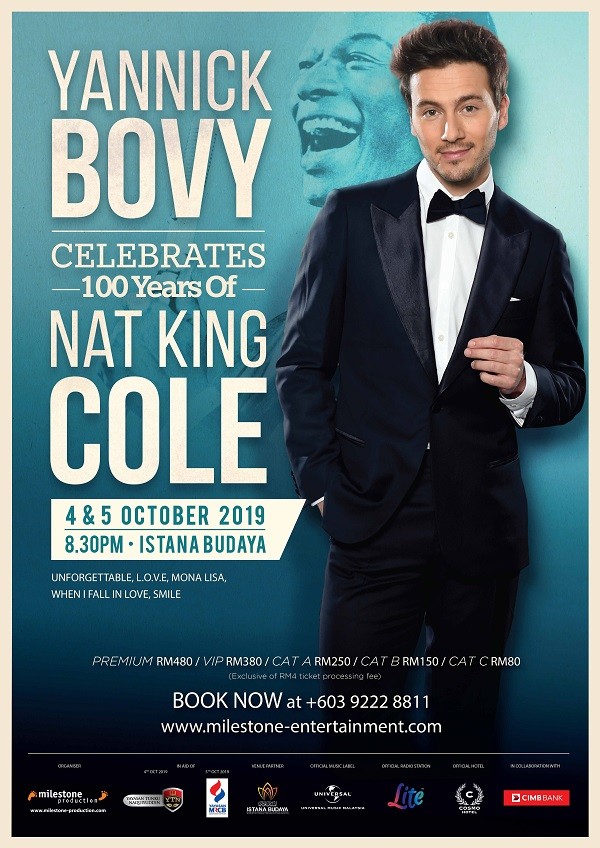